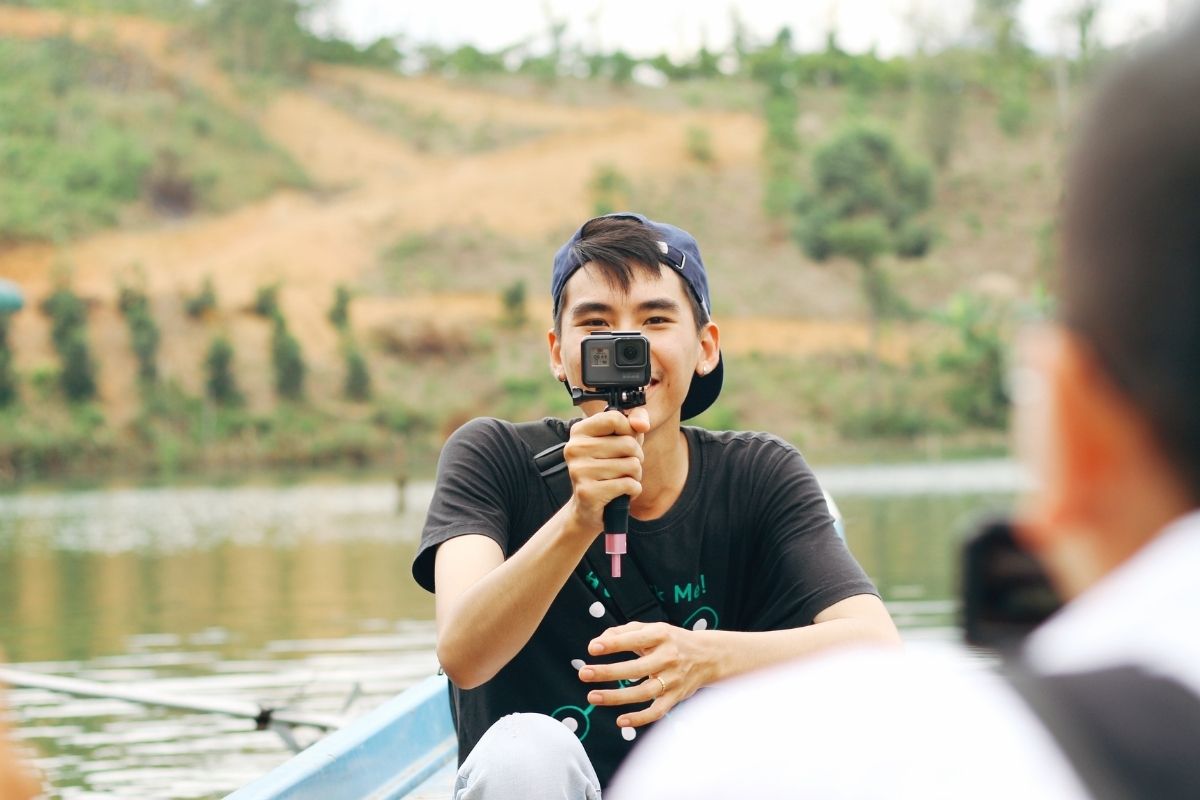 The GoPro is the perfect action camera to take on your upcoming backpacking trip.

It has everything to fulfill your desire for extreme outdoor endeavors.

All GoPros have a rugged design, which allow them to withstand external factors like dust and water.

But with all the models available, it can be confusing to choose one that’s reasonable for your pocket and needs.

Anything would be a marvelous pick because GoPro cameras are well-built.

Even the most affordable one can shoot silky smooth footage.

GoPro is a leading brand in photography, which implies its unwavering commitment for quality.

It’s evident throughout the range of products.

Are you wondering about the best GoPros for teenager? Here are some options:

The most integral features of this model are Hypersmooth stabilisation, 4k video to 60p, and voice control.

This camera carries over some features from the Hero6 black. It doesn’t sound like a major departure, but it has always been about an elevated experience.

Hence, it doesn’t mean to have a big overhaul on all fronts. Apart from having a 12MP lens, the wide-angle lens also makes a comeback for this iteration.

Quality remains outstanding. It records videos in 4k resolution at 60fps. Another setting it can accommodate is Full HD recording at 240fps.

Now let’s touch on Hypersmooth. If this sounds unfamiliar, Hypersmooth refers to stabilization technology which fuses software and hardware to provide the smoothest footage imaginable.

It eliminates bumps and wobble that we unconsciously make while recording. This easily eclipses the stabilization on the Hero 6 black especially because it can be integrated into 60fps videos at very high resolution.

Another reason why it’s perfect for teenagers because it’s fairly easy to operate. There’s this new addition called SuperPhoto which comes close to scene-intelligent.

This is triggered by the system anytime you want to apply the wide dynamic range.

And for those who aren’t fond of tricky settings, Protune simplifies the way you personalize ISO range, white balance, and other technical attributes.

Design-wise, it’s reminiscent of the Hero 6. It got slight UI revamping, but still keeping it rugged exterior.

An accidental drop in water won’t ruin its internal components as long as it within a depth of 33ft.

The buBest ild quality is praiseworthy. Well, it’s a GoPro after all, so it has to be rock solid from the get go.

The GoPro Max is a successor to the Fusion. This is the company’s new take on its 360 series. It comes packed with fantastic features, such as 5.6k video resolution,

Hypersmooth 2.0, and revised app interface for an improved user experience. The first impression of this model is it has exemplary build quality.

The sensitive parts are fully encased inside the rubber casing, which prevents damage from water submersion. It can go up to 5m underwater with the case taken off.

Coming with the package is lens protectors. They provide additional strength against drops and shocks.

The price-to-performance ratio is great. If you want a high-end action camera without throwing money down the drain, this is right for you.

Buy one for your teenage child, so they can immortalize their adventurous moments every time. The myriad of options further increase its value.

When it comes to features, the 360 Mode which combines the two lenses is one of the highlights. This pairing could produce mesmerizing cinematic videography.

Immerse yourself into the spherical world by seeing content through a VR headset. There are many other reasons why we recommend this.

The video quality is crystal clear with excessively vibrant pops of color. The low-light performance is also phenomenal especially the way it balances exposure. On top of that, it offers a few shooting options.

The traditional Hero Mode is useful for taking footage with a single lens. It’s available in 2 recording resolutions, 1440p and 1080p. Another cool feature to check out is Timelapse, which allows you to capture the evolution of series of events.

If you’ve always been fixated on Timelapse cinematography, this would thrilling to see. And then, there’s the Ambisonic sound that will stimulate your auditory sense and make everything feel more surreal.

In case your kid aspires to be a professional vlogger, you can take them by surprise with this GoPro model. It’s on the higher end of the price spectrum.

Well, price is indicative of quality most of the time. So if you ask for sharper footage, this is definitely worth buying.

It boasts a snappy processor that cranks out power twice as much as the predecessor. It performs equally amazing in settings lacking illumination.

We’d recommend this if you have no problem upping your budget since it’s quite costly. It has quality and functionality to match, though, so your money won’t go to waste.

In most devices, recording starts as you hit the shutter. But this actionc am has a feature called Hindsight that returns to a point of 30 sec before the shooting begins.

It extends the duration leading up to the key moment. This lowers the chances of missing out on the prelude, which could be monumental to the event.

On another note, the slow-motion works brilliantly for that dramatic touch.

Are GoPros a good idea for your teenager?

A GoPro is undoubtedly an incredible pick for a child of any age.

The problem with purchasing a GoPro for a young kid is they haven’t had the concept of money, yet.

They don’t fully comprehend the hard work you put in to buy them this fantastic sports camera.

Meanwhile, the average teenager already knows how to be responsible for personal possessions, so you can give one without fear that it would break or malfunction prematurely.

Without further ado, here are some reasons why a GoPro makes a perfect holiday or birthday gift for your teenage child:

An action camera should be built to withstand extreme adventures and resist water damage.

GoPro cameras tick all the right boxes, making them usable in the rain and bodies of water.

While the models vary in the depths they can dive underwater, they all have this feature on board.

Each release gets much better on this front. The external case clenching the camera’s body acts a protective shield against water seepage.

Whether you want to record yourself turning on your skateboard and take fast-moving stills, you can count on a GoPro camera.

Depending on the type, you can shoot 4k video footage or in a higher resolution.

By keeping one close by, priceless moments can be photographed before they flee before your eyes.

There’s a reason why GoPros become so popular with snowboarders, skates, surfers, and other professionals.

They’re simply among the toughest and most versatile recording devices ever.

Versatility isn’t just a marketing ploy for GoPro to raise awareness of its products.

GoPro cameras are intrinsically versatile just by how they are constructed.

One of the most noteworthy features is the mountability, which is made possible by the variety of mounts provided.

Cyclists can take advantage of the handlebar mounts, while drivers can record while cruising around thanks to the suction cup mounts.

Which GoPro is the most user friendly?

Camera series tend to be more complex with every iteration, so it makes sense that the earlier versions would be more user-friendly.

From the list, the Hero7 fits the bill although there are other generations that came before it.

Overall, it proves to be fabulous with smart noise reduction, smooth stabilization, and high video resolution.

Are GoPros easy for kids to use?

You just need to teach your kid the setup basics, like conditioning the battery, learning the functions of the buttons, pairing up with a Wi-Fi network, sticking it to a surface/ pole, etc.

Once they know how to get started with one camera, it will be easier if they want to switch to another model.

Is a GoPro suitable for a 13-year-old?

Absolutely, a 13 year old is old enough to figure out the setup of a GoPro camera.

They also know how to take care of the device even if it’s durable and rigid right out of the box.

To get the best GoPro for teenager means you have to draw a comparison between all models.

If you plan on purchasing one for your teenage son or daughter, ask them what features they fancy the most.

A good action camera should deliver crisp visuals regardless of the lighting condition. Fortunately, it has always been the brand’s strong suit.

Choosing the best GoPro for teenager can be perplexing. While all are stellar, each one comes with a set of powerful features.

Video resolution is one that differentiates these variants. Why is it a concern?

A higher resolution will mitigate problems like blur and grain especially when displayed on larger monitors.

If you need sharper footage, choose a model with 4k quality and snap 15MP stills at least. Other essential factors to ponder are stitching, stabilization, and setup. 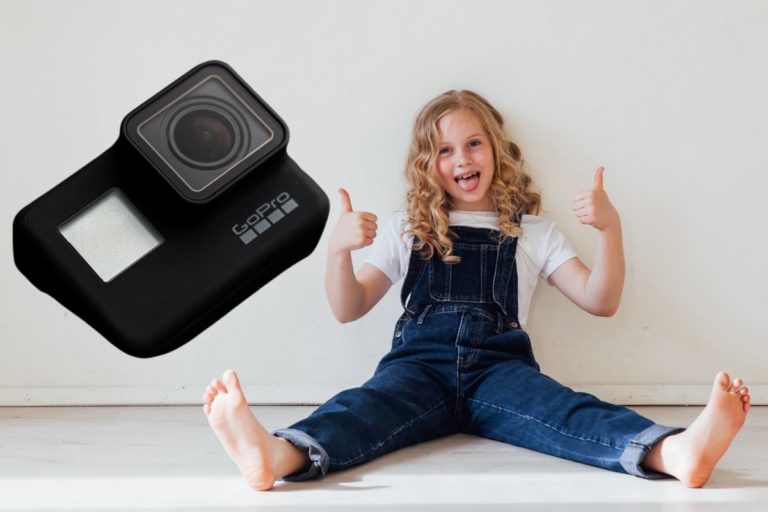 Nearly all parents are on the same page when it comes to capturing their children’s precious moments, which allow them to relive past memories when they’re all grown up. Luckily today, technological advances in photography make it easier for us to take a burst of photos. There’s no need to carry a heavy DSLR to…